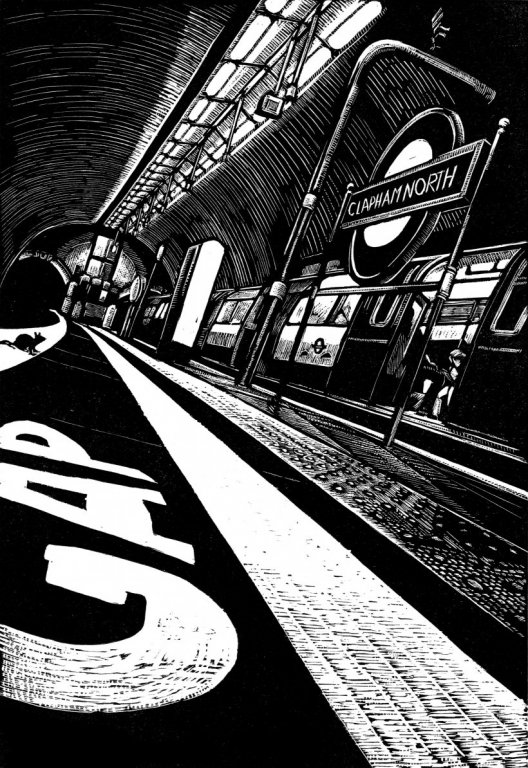 A rat's-eye view of Clapham North tube station on the Northern line of the London Underground.

Clapham North is one of only two stations on the Northern line to retain a central island platform. This view shows a stationary train on the southbound side of the platform, with the end of a painted 'MIND THE GAP' warning in the foreground.
• more art about...london underground rat royal-academy