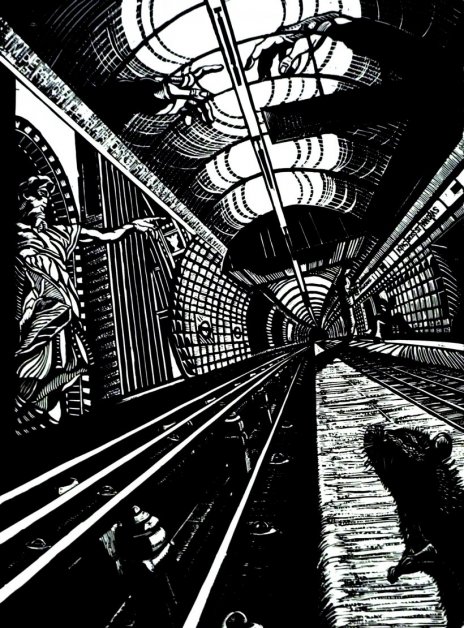 Deep within the rich archaeological layers of modern London lie the fragile remnants of the ancient city of Londinium. An important city in the Roman Empire, its remains have been punctured and disturbed by the subterranean urban development of the last 150 years. In this imagined scene, some historical icons of Rome collide with the Underground at Kings Cross St Pancras. It's as if the past had somehow seeped into the tunnels... or perhaps as if the Roman Empire had not fallen, and we were living in it still!